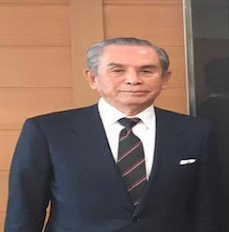 The Japan-America Society in Kumamoto was established in March 1961. It is the one of the most influential and historical societies in Japan.

Almost six years have passed since I became the 5th president of the society. We are now working on the “Inspire Youth Program”, which encourages students to study abroad in the U.S. or abroad.
To promote the project, we are regularly holding meetings or tea parties to have our members who were in the U.S. before as a lecturer share their exciting experiences to high school and the university students.

We also organize an event for high school students who participate in the All Japan Debate Contest.

At the New Year’s party and the general meeting in September, we ask the principal officer at the U.S. Consulate in Fukuoka to make a speech for the purpose of having
opportunities to talk with Americans.

Next November, the biennial International Symposium of the Japan-America Society that alternated will be held in Kumamoto.

In the symposium, we intend to have Mr. Kabashima, the Governor of Kumamoto who graduated from Harvard University, give the keynote speech.

We expect a lot of people from both countries visiting Kumamoto to attend this International Symposium.

The Japan-America Society of Kumamoto

Copyright ©  The Japan-America Society of Kumamoto